New season, new transfer window! Yes, it’s good to have the crazy football sale back for business, even though it’s still going to be available for a limited time only.

In the UK, the transfer betting window will slam shut on September 3. But who will have moved from one club to another by that time? And what plans do the big guns have in strengthening their squads?

Well, I have been looking at the football transfer betting odds and comparing them across different bookmakers to see what is probable to unfold over the next few months.

After a flying start to the 2014/2015 season, the young gun has continued to impress even in the 2015/2016 season despite being sidelined due to injuries.

This has seen the young English player touted for a huge move, but since he received an England call-up, his form has dipped markedly, and his West Bromwich club remains apprehensive about his lifestyle, refusing to offer him an offer to renew his contract.

Numbers of €17million are being mentioned as the most likely fee for the striker, but I think they are too high.

With Ighalo being speculated to move out of the Hornets’ first team to Leicester, it will be no surprise to see the 2015/2016 relegation survivors pouncing on him with odds of 6/4.

Spurs have also had a long interest in signing the 21-year-old striker, and with their qualification to the Champions League, they seem to be other contenders at football transfer betting odds of 4/1.

The Ghanaian international and Borussia Dortmund striker has long been touted to join one of the top four English Premier League teams and with the speculation of the move being intensified with the appointment of Pep Guardiola as the Manchester City coach.

Manchester United, Chelsea, and Arsenal have all being linked to the striker at football transfer betting odds of 12/1, 25/1 and 20/1 respectively.

However, Manchester City is the clear favorites of signing the Ghanaian international at odds of 8/11.

In fact, it’s understood that talks between the players’ agent and Manchester City FC are at advanced levels. We’ll have to wait until September 3 to see how things go with him.

With Pep Guardiola taking over coaching duties at the Etihad Stadium, the midfielder looks to be heading that way.

He has been out of action for the better part of the 2015/2016 season due to injury problems, but he looks to be back. 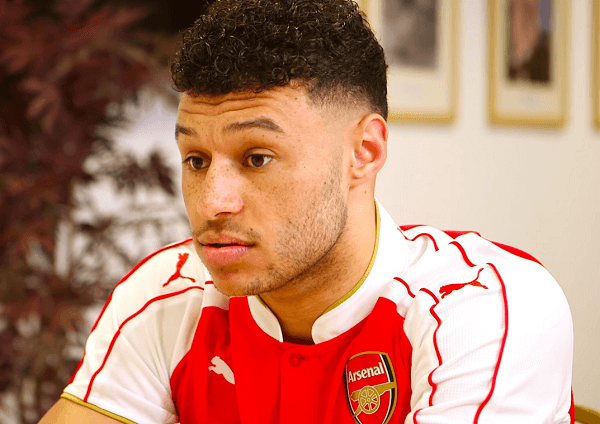 It’s understood that Arsenal FC, his current club, are asking for nine-figure sums in the summer and with the arrival of €5 Mohamed Elneny from Basel and Granit Xhaka from Borussia Mönchengladbach to the team, Alex Oxlade-Chamberlain is definitely heading to the Etihad Stadium.

However, if the Vardy-Mahrez deal materializes after the European competitions being held in France, things could get interesting with the bookmaker's transfer betting odds of the player joining Leicester being @4/1 as Alex Oxlade-Chamberlain could act as a swoop for the two players of the year contenders.

However, Manchester City remains the favorites of signing him up at transfer betting odds of 6/4.

In the 2014/2015 season, Yaya Toure had a petty spat with his employees for not being given a birthday cake. It was rumored that his agent had created the spot, so, that the Ivorian international could get a reason to move out of the club.

However, things cooled off but not for long. After a dismal performance during the semi-final match of the Champions League, it is now sure that the 32-year-old midfielder is leaving the Etihad Stadium.

Fueled by the rumors that Pep Guardiola is set to do an overhaul of his team, its seems that Yaya could be set to play for Inter Millan.

The player’s odds to play at San Siro next season are at 5/1, the most probable transfer betting odds after an 8/1 and 10/1 to join Monaco and PSG respectively. PSG had odds of signing the player at odds of 11/2 after the spat, and they will try to do this season again.

Besides the player, we have prepared a list of what some of the top EPL teams lack and what they could be going for in the market. One of my favorite sporting life pundits, Evison had the following remarks.

Evison is sure that there is a need for Manchester United to bring in New players in the summer. With the new management of Jose Mourhino, he’ll have to bring in some experienced players to suit his style of play. “It has to be center backs and midfielders.

The most likely signings will be Ron Vlaar, Mat Hummels or Ross Barkley,” says Evison.

With their recent signings of Mohamed Elneny and Granit Xhaka, it is now clear that they don’t need any more midfielders.

What Arsenal lack are centre-back players as well as a striker or two who will challenge Oliver Giroud at the front?

According to Evison, it's time that Arsenal took the title challenge for 2016/2017 serious by bringing in big guns that they are always linked to.

Among some of the most speculated players to join Arsenal are Jamie Vardy, Riyad Mahrez, and Antonie Griezmann. 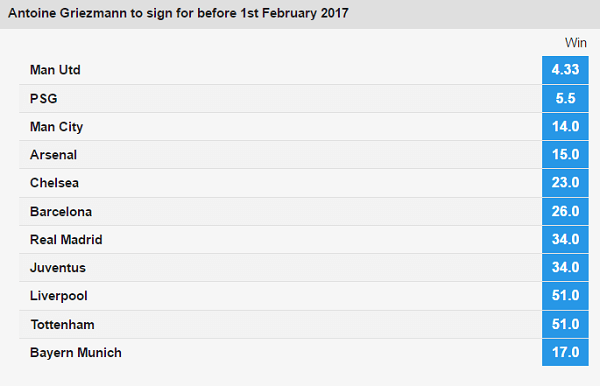 Having been punished once before for breaching the financial fair play rules, Manchester City has to tread carefully in this summer’s transfer window. This may explain why some of the bookmakers have very unlikely odds for players to join the team.

However, with some of the prolific players such as Toure going out, they are likely going to need two or three big guns to help reclaim the title that they had two years ago from Leicester.

Some of the likely transfers include Alex Oxlade-Chamberlain, John Stones, and Pierre-Emerick Aubameyang.